The Friends of Hospice, a not-for profit organization established in 1994, is operated by an all volunteer board of community members. The board is committed to serving individuals, and their families, and caregivers on their end-of-life journey.

Outreach and education within our communities on advance care planning, hospice care and end-of-life services, is paramount with the board. Community bereavement support is an integral part of the board’s mission, and is offered to anyone grieving over a loss, whether part of hospice or not.

Bob is very committed to serving people at the end of their lives and to caring for their families. He does this as a hospice volunteer, as a board member of Friends of Hospice, through his work in Advance Care Planning, and in his personal life. He sums his life up with one word: servant.

Bob served the people of Whitman County for over thirty years through the sheriff’s office. For most of those years, Bob held the position of jail administrator. For twelve years Bob, who now lives outside Steptoe, served the people of Colfax on their City Council. Bob is ordained in the United Church of Christ and has been serving churches, mostly on the Palouse, for more than forty years; with nearly 20 of those years in Malden.
Bob has been a member of the Friends of Hospice board since January 2012.

Fun Fact: Bob has a small orchard on his property and spends countless hours canning, juicing, dehydrating, and sharing fruit. Highlights of each Fall are cider making parties.

Like so many of us, often the first time we learn about something is when we truly need it. This was Rosalie’s experience with hospice. She and husband Jerry had been caring for her mother in their home when hospice services were offered.  During this tender time Rosalie and Jerry found the support of hospice invaluable. From that experience Rosalie became a true champion for educating people on the benefits of hospice. She readily shares that hospice does not equal dying, rather it equals living well.

Rosalie spent her career teaching children lessons of a lifetime. Rosalie enjoyed a 34-year career with the Pullman School District. She not only finds the students from her first classes coming back to share their lives with her, the children of her former students come back too. From 1976-1978 Rosalie and Jerry taught at the International School in Manila, Philippines.

Since retirement in 2005, Rosalie enjoys a full life of giving to her community. She is a distinguished event planner, a member of the Grand Avenue Committee, the Pullman Historical Society, the Friends of Gladish Advisory Committee, the City of Pullman Human Rights Commission, the Pullman Regional Hospital Women’s Auxiliary, serves on the P.E.O. WA State CARE committee, and is on the advisory board of the Filipino & Friends Assoc. of Ida/WA. Rosalie joined Friends of Hospice in the fall of 2012, and currently serves as Vice President. Her husband, Jerry, was a long time teacher at Pullman High School.

Fun Fact: As a recent UW graduate Rosalie worked at KIRO Radio/TV station as the Music Librarian in Seattle. She helped the radio personnel with their selection of songs and prepared the daily PSAs–Public Service Announcements. Unbeknownst to Rosalie, a disc jockey put her on air when he called for the daily PSAs. They engaged in short conversations and eventually, listeners enjoyed them so much that Rosalie became a regular part of his show. As the secretary for the Vice President of KIRO Radio, Rosalie met celebrities such as Johnny Mathis, Sammy Davis Junior, Dionne Warwick, and Leslie Uggums.

Rita grew up on the west side (of Washington) but always wanted to be a farm girl. She studied Social Work at WSU and got to stay in the area. Rita worked for the Farm Service Agency for 17 years and became familiar with all the farmers in Whitman County. Rita was a single parent for several years and during that time learned how important family was and how much a small community meant to live in. After marrying again she got to be involved in farming, cattle, and spending time with Gary.

Rita’s exposure to Hospice came when her second mom became ill with uterine cancer. Along with her daughter, Rita helped take care of her and saw how caring and compassionate the hospice nurses were with her. They answered all her questions, sat and visited with her and treated her with dignity – like she was their own mother.  It made a huge impression on Rita, that dying could be gentle and peaceful. There were people who cared and she wanted to be part of that.

Rita was asked to read names at the Trees of Light ceremony and was deeply moved by the respect Friends of Hospice remembered those who died.  When she had a chance to join the board in 2010, she said yes. Rita currently serves as the secretary. The other board members have the same beliefs as Rita does and  they want to treat people with respect when they are dying.  Rita has also been a hospice volunteer. She is grateful to be allowed to share in this special time.

Fun Fact: The summer Rita was first married, (first time around), she was a ranch cook for the cowboys taking care of cattle in the mountains.  Her husband was one of the cowboys. They lived in a small trailer, powered by propane – no electricity – and running water was a 50 gallon barrel in a tree, with a wringer washer run by a generator. The cowboys liked meat & potatoes— not spaghetti!  What a learning experience.

Larry was born in Colfax – not in a hospital, but in a midwife’s house. Larry went through grade school and graduated high school in Colfax. After high school, Larry went to Columbia Basin Junior College on a basketball scholarship, majoring in agriculture. Larry transferred to EWSC on a basketball scholarship in his junior year and graduated with a dual major in sociology and education. From 1963-1969  Larry served in the Washington Army National Guard. Larry intended to be in the education profession, but got sidetracked into farming – for forty years! He retired from farming for himself in 2006, but continues to work for other farmers.

Larry lives with his wife, Emily, outside of Colfax. Larry has been on the board of directors for Friends of Hospice since 2009. He currently serves as the Treasurer. 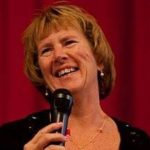 Tricia was born and raised in Southern California back in the day when there were acres of beautiful orange groves and foothills. After high school, and a very brief attempt at nursing school in Portland, Tricia finished her formal education in San Diego, graduating with a degree in Social Welfare. In August of 1978, she married her husband, Walt.  Five days later, they packed up two cars with camping gear and an 8-week old puppy (a wedding present), barely arriving in Pullman before the moving van.

Tricia continued her social work career as a Case Manager with the Council on Aging in 1979. Her tenure with that organization spanned over the next 27 years. Through the dedication and hard work of fellow professionals and volunteers, strides were made to improve the lives of elders and people with disabilities county-wide. Tricia became involved with the “birth” of the first Home Health organization in Whitman County that same year. A few years later, Community Hospice was founded. Since 2000, Tricia has enjoyed a very meaningful relationship with the Friends of Hospice through membership on the Board of Directors. Since that time, the expansion of the organization’s mission and service objectives has been nothing short of astonishing! She expresses her excitement in how the vision for the future will continue to serve the community in ways that will only enhance end of life care.

Tricia’s fairly recent passion has become singing with the Threshold Choir of the Palouse. She feels truly privileged to be a part of a person’s transition as he or she nears the end of life, through gentle and soulful voices in song. Family members often can be comforted by this music as well.

Fun Fact: Tricia’s “fun fact” is the miscalculation she and her husband made by assuming there would be ample housing options when arriving in Pullman in August. Camping for two weeks in Boyer Park is a memory that has often been shared, right along with Tricia’s job search with a yet un-housebroken puppy as her traveling companion. 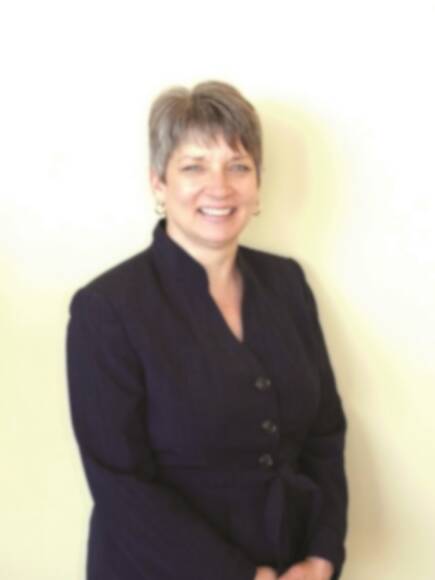 Jeannie is the newest member of the board, joining in January of 2022.  She has had the privilege of serving as the Chief Nursing Officer at Pullman Regional Hospital since 1993.  Serving in this capacity has allowed her to collaborate and coordinate with many different agencies.

Working with oncology patients early her career, helped her to understand the experience that patients and families deal with, especially facing end of life decisions.  Jeannie believes one of the most challenging conversations with people is how they want to live and to die.  Hospice has been providing a supportive environment for end of life for decades.

Fun Fact: Forty years after graduating as a Registered Nurse, Jeannie can’t imagine a better profession for her! 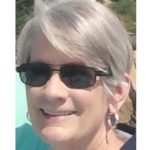 As a retired social worker, Barb knew she still wanted to pursue her passion for improving people’s lives. She joined the Friends of Hospice board in November 2015 because she believes their mission perfectly reflects that passion.

Her past experience as a social worker, and as the daughter of very elderly parents, taught Barb that most people want to make their own decisions about their final days, yet families are often reluctant to initiate the conversation that would allow them to make their wishes known.  One of the goals of Friends of Hospice is to offer education and guidance to assist people to formally notify their families and most critically, their physicians, of their end of life plans before it is too late.

In addition to Friends of Hospice, Barb dabbles in many other interests including foreign travel, languages, literature, experimental gourmet cooking, gardening, exercise, Friday movie night and she shares her spouse’s enthusiasm for his 6 grandchildren.

Not only did both of Ken’s parents die recently, but also his best friend and fishing companion of 35 years. He witnessed first-hand the comfort hospice programs provide to the dying, their caregivers, friends, and family members. When the opportunity was presented to assist in this important work through involvement on the Friends of Hospice board, Ken was eager to accept. How can one not be a “friend of hospice?”

Since Ken’s retirement in 2012, he has been improving his skills in fly fishing and in photography. He is grateful to live in this beautiful and peaceful region known as the Palouse, and enjoys recording its unique images of rolling farmland and agricultural buildings. Some of his work can be viewed on his website: kencarperphotos.com. Ken’s Palouse landscape photography has been recognized by regional and national awards. He has no awards from fly fishing to report—yet!

Fun Fact: Ken is known professionally for his pioneering work in the topic of forensic engineering. He has presented invited lectures throughout the world, and has written a number of books and journal articles on the subject. For 30 years, he was the chief editor for an international journal that published case histories of engineering failure investigations. Many of his colleagues and former students have told him that whenever they hear the word, “failure,” the first thing that comes to mind is “Ken Carper.”

Colleagues:
Friends of Hospice would like to gratefully acknowledge the contribution and participation of the following people: